Welcome back to part 4 of the YALC reading list!

Here are parts one, two and three, for those catching up or rereading!

The YALC Reading List is posted every Sunday evening.

Alex Wheatle, aka the Brixton Bard, grew up in Brixton, where most of his books are set. His debut novel, Brixton Rock, is about a mixed race teen in 1980s Brixton, who has grown up in a children’s home for most of his life – and when he’s reunited with his mother, he falls for his half-sister, Juliet. This sounds like a really gripping story, and I’d like to expand the diversity of my YA reads, so this looks like one I’ll be picking up. Wheatle’s latest novel, Crongton Knights, is out this year.

Time Riders won a RedHouse award, a Catalyst award and Hampshire Book aware, as well as being shortlisted for Galaxy Children’s Book of the Year. The series is now on its ninth book, following three teens who are recruited by ‘The Agency’ moments before their deaths, to make sure key moment in history stay constant. Scarrow’s latest book, REMADE follows a brother and sister team as a deadly virus spreads across the world, turning people to liquid before their eyes.

Beautiful Broken Things has been one of my favourite books this year (review here) – it deals with toxic friendships and mental illness, and has been a refreshing and original addition to the UK YA literature scene. I’d definitely recommend picking this one up before YALC (especially if you’re bored of the same old YA romance), and Sara has just announced her next novel, which will be called A Quiet Kind of Thunder (and which I will be eagerly awaiting!). 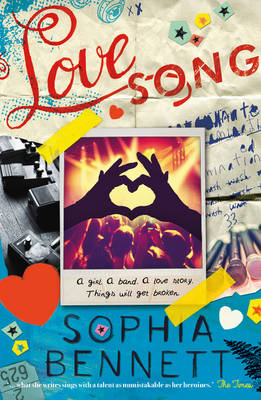 Threads, Sophia’s first book, is a book I was aware of but just never got round to reading. Love Song has been receiving a lot of high praise on Twitter recently, so perhaps I will have to pick some of Sophia’s work up. Love Song was release in April, and is the story of Nina, who has just become the assistant to the fiancee of the lead singer of the hottest band in the world. This one has really good reviews, so it’s probably not long until I cave and buy it. 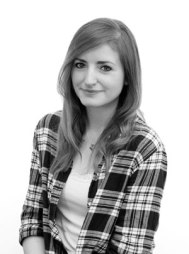 Book to read: The It Girl series

The first It Girl book I read as it was included in Chelley Toy’s introduction to book blogger -ing gift bag at YALC, and I really enjoyed it – review here. These are really fun books about a girl whose father happens to start dating one of the most famous actresses ever. Highly recommended for fans of the Georgia Nicholson series, the second book, Team Awkward, was released in the UK in January.

Book to read: Other Girl

Nicole’s fist novel, Other Girl, was released in April last year and is a bout a pair of best friends, one of whom has super powers. This sounds like such a great concept, and the reviews for this book have been outstanding, so it’s one for my to-buy list. Nicole’s next novel, Wonder Boy, is set in the Othergirl universe and is out Summer 2016.

As well as being the author of the Pooch Parlour series, Katy has also written two  YA novels – Love, Lies and Lemon Pies and Secrets, Schemes and Sewing Machines. Both have excellent reviews, but it’s the latter which has really caught my eye – focusing on Grace, a girl who is stuck making costumes for the school play instead of playing the starring role.

Book to read: Waiting for Callback

Another book which has benefited from Twitter hype has been Waiting For Callback, written by the mother-daughter writing duo, Honor and Perdita (how cool is that?). Billed as Geek Girl meets Fame meets New Girl (and who doesn’t like all three?), Waiting For Callback is the story of Elektra, your average girl-next-door trying to make it in the world of acting whilst also juggling family, friends and crushes.

So those are our additions to the YALC Reading List this week – come back next Sunday for more great YA reads!

Which books have you read? Which books are you planning to read? Tweet me at @annalisebooks or comment below!

I was brave
She was reckless
We were trouble

Best friends Caddy and Rosie are inseparable. Their differences have brought them closer, but as she turns sixteen Caddy begins to wish she could be a bit more like Rosie – confident, funny and interesting. Then Suzanne comes into their lives: beautiful, damaged, exciting and mysterious, and things get a whole lot more complicated. As Suzanne’s past is revealed and her present begins to unravel, Caddy begins to see how much fun a little trouble can be. But the course of both friendship and recovery is rougher than either girl realises, and Caddy is about to learn that downward spirals have a momentum of their own.

A huge thank you to Bea Cross and Macmillan’s Children’s Books/MyKindaBook for the copy of this book!

First things first, the cover is GORGEOUS – it can be hard to tell from the internet, but the cover is a beautiful dark teal, with gold and rose-gold detailing.

Beautiful Broken Things is the story of Caddy (Cadnam), a teenage girl who feels like nothing interesting every happens to her – and desperately wants to be interesting. She’s been best friends with Rosie for years – despite Caddy going to the local private school, and Rosie attending state school. They spend hours on the phone each night, and are virtually inseparable. Then Rosie meets Suzanne at school, and Rosie and Caddy’s friendship starts to change – and Suzanne’s secrets start to be revealed.

I’ve long said that friendships are often neglected in YA – the classic Mary Sue who meets the boy of their dreams at the tender age of 15 and quickly eliminate all other aspects of their lives is a character most of us have probably met more than once. When discussing whether YA is an accurate and realistic reflection of real life, the lack of meaningful friendships is a topic that often comes up. The vast majority of teenagers do not, in fact, meet the love of their life at 15 (who often just so happens to be a vampire/zombie/werewolf). They do, however, usually have at least one friend, whoever that might be. This is a book that focuses on female friendship, and the drama and jealousy that often occurs between teenage girls (and probably teenage boys, for that matter)

It’s not just the topic of female friendship which features in Beautiful Broken Things, the book also features mental health issues and abuse. These topics are becoming more featured in YA, but we still have a long way to go, and BBT treats these issues with care.

One thing I loved is the lack of romance. It seems, nowadays, that a book isn’t complete without an earth-shattering romance, when, realistically, a lot of teenagers (including myself) don’t come face-to-face with one – but complicated friendships are much more common. I’d like to see more books stand without a romance, especially when a romance feels forced or unnecessary. Less romance, please! (If you’re looking for another romance-less YA novel, Radio Silence by Alice Oseman is a great read)

Have you read Beautiful Broken Things? What did you think? Comment below or tweet me at @annalisebooks!