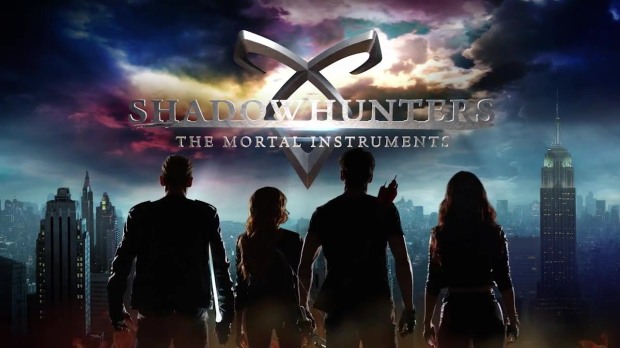 In true Netflix fashion, the UK got the latest episode of Shadowhunters the day after the US, and in true me fashion, I watched it this evening (whilst cooking dinner).

The episode picks up where the premiere left off, and then introduces us to the Institute (which is very high-tech) and Hodge Starkweather (who is much younger than I imagined him).  The episode revolves around finding the Mortal Cup, and reclaiming Clary’s lost memories seems like the obvious thing to do, with Alec, Isabelle, Simon and Jace along for the ride. Cue lots of sexual tension (Sizzy, anyone?), joking about Simon’s inevitable death by runes, and Alec being as uptight as ever.

I think I missed this part, but essentially the Mortal Cup is the most powerful object in the Shadowhunter universe, which can be used to create more Shadowhunters, and Jocelyn (Clary’s mother) probably has it, hence why Clary is trying to get her memories back.

Luke’s storyline this week involved beating people up, and turning into something. More on that in later episodes, I’m guessing.

Dot (Lady Dorothea from the film) is on the hunt for Magnus, but gets jumped by the Circle and tortured for information by Valentine, but she can’t undo the magic on Jocelyn (who is still comatose) as she wasn’t the Warlock who performed the spell.

Clary, having a vision of Dot’s attack as it goes down, becomes more frantic about getting her memories back and so Jace suggests the Silent Brothers. Cue creepy underground lair, a ‘Soul Sword’ and Clary remembering that her dad is in fact… Valentine.

As Clary leaves the Silent Brothers and heads back to the others, Simon gets kidnapped by a group of vampires, holding him ransom for the Mortal Cup. Oh boy…

An interesting episode developmentally, but one which I did get a little confused during (probably because I was cooking dinner). I’ll tune in next week 🙂